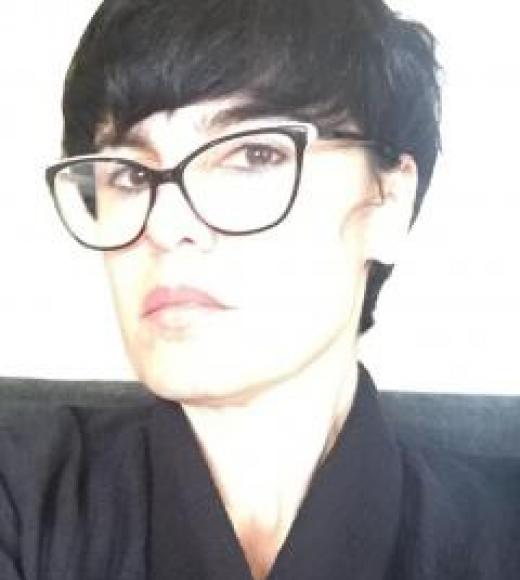 Dena A Al-Adeeb’s research focuses on global war geographies and oil economies as they manifest through visual culture/material culture, architecture/infrastructure, and collective memory. Her interdisciplinary approach draws on Sociology and Anthropology, Global Studies, and Cultural Studies. She employs a variety of methodologies including ethnography, discourse analysis, visual analysis, oral history, and participatory action research. Empirically, her work includes archival research in three languages in Iraq and the larger Middle East to trace social and organizational processes of globalization, militarization, and empire as they manifest transregionally in the Middle East. She is currently the Chancellor’s Postdoctoral Fellow in American Studies, at the University of California, Davis. At UC Davis, she and her faculty mentor, Caren Kaplan, have been involved in the Critical Militarization, Policing, and Security Studies (CRTMIL) collaborative research group.

Al-Adeeb was born in Iraq and raised there and Kuwait. Currently she is residing as a guest on Ohlone Land-Oakland, California. Her lived experiences as a refugee, immigrant, and woman of color inform her scholarship and art and inspire her engagements in community organizing and movement building with the peoples and struggles whose histories, societies, and cultures are under attack. As a child, she and her family fled their home in Baghdad, as a result of the deportation of her extended family, to the Iranian borders,  just before the start of the Iraq – Iran War in 1980. They escaped to Kuwait where they remained until the Iraqi invasion of Kuwait and the subsequent 1991 First Gulf War. Her next move was another involuntary relocation to San Francisco, California. After the 2003 US-led invasion, she returned to Iraq. Between 2003 and 2010, she conducted extensive fieldwork in Baghdad and Karbala as well as in Dubai and Abu Dhabi. In 2004, she moved to Egypt where she pursued an MA degree in Sociology and Anthropology at the American University of Cairo. In 2010, she relocated to the United States to do a PhD in Middle Eastern and Islamic Studies at New York University. Her doctoral concentration was in Culture and Representation, with the primary supervision of Ella Shohat. Her dissertation research was supported by grants from the NYU Provost’s Global Research Initiative and the American Association of University Women.

She is currently working on a book manuscript tentatively titled: The Architecture of War: The Destructions of Iraq and the Rise of Petro-cultural Imaginaries. The book seeks to critically investigate how art, architecture, archaeology, and visual culture have been affected—destroyed, transformed, invented—by imperial and neoliberal processes in Iraq and the Arab Gulf countries. Her interdisciplinary and transnational approach focuses on the interconnected relationship among material culture, infrastructure, and natural resources—especially oil—as they relate to reconfiguration of urban space and collective memory. She analyzes these reconfigurations through a comparative regional perspective linking military invasions and occupations of Iraq with the relatively recent militarization of Qatar and the United Arab Emirates and their rise as global art centers. The concept of the petro-cultural imaginary offers a means to understand and analyze how political, economic, and militarized processes destroy and create art, architecture, visual culture, and built environments. Analyzing the effects of war and oil economies on that which is visible and materially tangible, she accounts for transformations in national cultures that are ineluctably tied to global processes of armed violence and wealth creation.

As a teacher, Al-Adeeb’s pedagogy lies at the intersections of global social issues related to culture, gender, sexuality, race, ethnicity nationalism, social movements, and social change. She positions her research and teaching within cultural sociology, urban sociology, and global sociology. She has taught at New York University offering courses that range from Approaches to Metropolitan Studies to Media and Global Communication to the Islamic Revolution of Iran and Islamic Golden Age. She also taught and co-developed the postcolonial curriculum for the Writing Program in the Humanities and Media Studies in Architecture, at Pratt Institute. With a background in design and as a member of the inaugural faculty team at Ex'pression College for Digital Arts, she co-designed the curriculum for the Department of Graphic Design, Visual and Creative Media. Dena has also worked in a range of fields including graphic design, multimedia, and user-interface design and architecture.

She is ethically committed to making the humanities and social sciences meaningful to communities outside the academy through long-term educational collaborations and community organizing initiatives. In this vein, she has built long-term critical alliances with grassroots political organizations, such as her work with: INCITE!; Women, Gender Non-Conforming, and Trans People of Color Against Violence, a network of radical feminists of color organizing to end state violence and violence in our homes and communities. The experience of being rooted within a community and an art practice, and researching through and within that practice/community, is critical to her activism, scholarship, and pedagogical praxes. She has also worked with namouras art based organizations and collectives such as  HEKLER and  Pro Arts Gallery & COMMONS. Her latest collaboration with ARAB.AMP (​a platform for experimental live art and music by artists of the SWANA diaspora and allied communities, operating in futurism, the Avant Garde and transgressive forms) brough about Extraterritorial صوت  a collaborative work that proposes a feminist take on postapocalypse ambitions through a series of embodied meditation on places where  ghosts reside. Dena also hosts Arab/SWANA Futurisms Salons bringing together voices, collectives, and movements of Arab/SWANA artists and other visionaries who reflect on our pasts to imagine expansive futures that are decolonial, anti-imperialist, anti-capitalist, feminist, and queer.

Her work appears in a diversity of publications including:  Journal of Middle East Women’s Studies, Alif: Journal of Comparative Poetics,  We Are Iraqis: Aesthetics and Politics in a Time of War Anthology, Arab and Arab American Feminisms: Gender, Violence and Belonging, Encyclopedia of Women and Islamic Cultures, Ibraaz, Contemptorary, Light Work, Contemporary Practices Journal,  The Color of Violence Anthology,  among others.

As a trans-disciplinary artist, her artwork takes on varied practices including performance, video, installation, digital art, photography, sculpture, drawing, and text. Her artwork investigates the relationship between the politics, poetics, and aesthetics of mapping collective memory of bodies and geographies in protest, and dis/embodied experiences of war, displacement, and forced migration, particularly from the West Asia and North Africa. Dena creates performative, relational works, dedicated to participatory art, socially engaged projects, and collaborative engagements. Dena has exhibited  her work internationally, at such places as Light Work Gallery and Mana Contemporary in New York, Art 13: London: Modern and Contemporary Art Fair, Museum of Tunisia and Galerie le Violon Bleu in Tunis, Bastakiya Art Fair in Dubai, OFF Biennale Cairo, Falaki Gallery, Mashrabia Gallery, and Darb 1718  in Cairo, Arab American National Museum in Dearborn, Intermedia Arts in Minnesota, Headlands Center for the Arts in Sausalito, Worth Ryder Gallery at the University of California-Berkeley, Twelve Gates Arts in Philadelphia, and the National Veterans Art Museum in Chicago, among others. Dena has been a resident artist at Mana Contemporary, Pro Arts Gallery & COMMONS, and Light Work.